In the wake of the Second World War a new and innovative art form emerged in the United Kingdom and United States, Pop Art.  Widely regarded as the catalyst behind post-modernism, Pop Art sought to take the exclusivity out of art as it focused on banal, everyday objects such as the famous Campbell Soup Cans by Andy Warhol.

The true glory days of Pop Art were in the 1960’s when the discipline became widely accepted by the North American public. Jasper John’s depiction of the American flag received acclamation all over the world and Andy Warhol became a celebrity in his own right thanks to his funky and colourful depictions of household items.

As with most things, Pop Art was left behind as the Art world gave way to newer, fresher interpretations, yet it is making a comeback now. Perhaps to the ire of some of Pop Art’s early influencers, the style is now being used as a marketing tool rather than an ‘ironic parody’. Here we take a look at some of the companies using Pop Art in their marketing strategies.

Gambling and bingo companies in the UK haven’t always been synonymous with creative marketing ideas. Ray Winstone, a gruff Northern Fox and Chris Kamara have been some of the ‘highlights’ in recent years, but Wink Bingo are bucking that trend.

WinkBingo.com immediately greets you with a vibrant and appealing landing page. The playful, colourful comic-book style design of the site is the complete anathema of the company’s competitors.

The current layout features a background of cartoon England fans cheering on the national team, as oppose to the tub-thumping jingoism seen on many online betting sites this month.

Although Andy Warhol may not have approved, Wink Bingo have certainly used Pop Art to their advantage in gaining an edge on their competitors and winning new business. 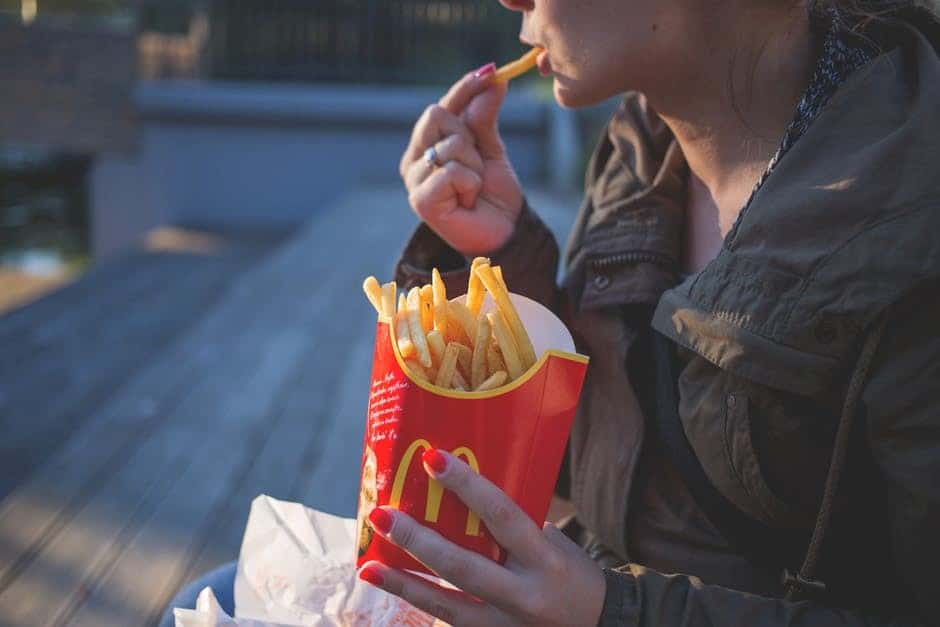 This article wouldn’t be accurate if it didn’t include at least one example of a time when the marketing guys have got it all wrong. Surprisingly, it was the marketing and design team at global powerhouse McDonalds who got this reincarnation of Pop Art so terribly wrong.

Generally, the company is regarded as a market leader in the advertising field, regularly producing engaging, innovative and catchy campaigns. However with the use of Pop Art on French fry packaging, McDonalds highlighted a complete disconnect with their intended demographic.

Not only is the design hideous, but it fails to promote a message and is likely to leave customers confused rather than captivated. Further to that, the image actually obscures McDonalds brand and makes the whole thing look hastily put together. If Pop Art is going to be used in marketing, then it needs to be good.

In the current age that we live in the alcoholic beverages industry is becoming increasingly saturated. The advent of craft beer has sparked consumer’s interest in quirky, new and independent drinks.

Part of the success of craft drinks has been down to their use of advertising and marketing. Step into your local off-licence and you’ll be sure to stumble across beers, ciders and spirits in bold, attractive packaging.

This has forced traditional brands to up their game, no longer can they rely on their brand name. They must adapt to stand out on the shelves and draw customers to them.

That’s what Absolut Vodka have done in recent times. Traditionally a bottle of Absolut came in a clear bottle with an understated blue branding on the front, now they’ve changed their design and introduced quirkier bottles to refresh their image.

Amongst one of their recent innovations is the Pop Art inspired design below. This bottle immediately gives Absolut the edge in terms of standing out on the shelf. The bold use of colours make the brand name more prominent and provide potentially drinkers with a sense of intrigue. This isn’t just a standard bottle of vodka, this is something exciting that they MUST try.

Whilst this design is good, Absolut have not rested on their laurels and have already produced several different bottle designs which is intended to keep customers guessing and increase demand.

Where is Pop Art now?

As discussed above, Pop Art has mutated into a marketing tool and today finds itself somewhat distanced from its original roots. Andy Warhol once described the style as simply ‘painting things he likes’, which does not mean increasing brand awareness.

However, several contemporary artists have incorporated the principles of Pop Art in their work. One of the most well-known doing that in the UK is Banksy, whose graffiti has been termed as ‘urban Pop Art’.

Controversial artist Damian Hirst has also channelled Pop Art in his previous work, most famously when he produced a hypnotic portrait of pop singer George Michael. Despite the best efforts of Banksy and Damian Hirst, it appears that slowly but surely, Pop Art is being left in the past by artists.

Instead it’s found a new home in modern advertising, much to the chagrin of its most ardent advocates. Perhaps when advertising evolves, Pop Art may experience a renaissance.